setting up corporates (3): Periodic legal work of the company! 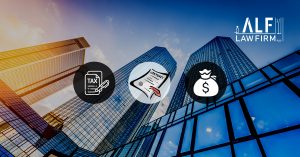 In a previous article, we pointed out that the task of the legal advisor starts from the moment the idea of the commercial project or its commercial character is born, and then his role appears more clearly at every stage of the existence of the commercial company, starting from negotiating and drafting commercial contracts, through increasing capital and employment Dispensing agents, collecting debts, and ending with the liquidation of the company.

And in this article! We will focus on the most important periodic legal work carried out by the company’s legal advisor, to protect it from any legal risks that may arise based on the omission or failure to take the necessary measures to perform those works.

The legal work that must be taken care of periodically varies – according to what is stipulated in the laws and regulations – and extends to cover several aspects, including the work of zakat and taxes, social insurance, licenses, renewal and follow-up of contracts, and others.

The Kingdom of Saudi Arabia is adopting an economic reform system to bring the Kingdom’s trading and investment system to an advanced position in the Global Competitiveness Index. Among the most important reform policies, it adopts are non-oil revenue development policies, including Zakat revenues, income taxes, selective taxes, and others.

The tax system in Saudi Arabia consists of five main taxes, which are:

The performance of each of the mentioned types of taxes is regulated by conditions and standards set by the Zakat, Taxes and Customs Authority in the Kingdom that must be taken into consideration, and the company’s legal advisor must know the tax base to which the company and its founders are subject, in addition to its activities and the goods and services it provides.

For example, the tax base of Saudis differs from that of non-Saudis, and even with respect to non-Saudis, there is an important distinction between non-Saudis who belong to a country in the Gulf Cooperation Council and other non-Saudis.

Saudis, and Saudi companies wholly owned by Saudis only pay the zakat of 2.5% and no income tax is imposed on them.

As for non-Saudis, as well as non-Saudi partners in companies residing in Saudi Arabia or companies wholly owned by foreigners, they are obligated to pay tax, which is within the range of 20% of the profits generated from commercial activity.

There is also the excise tax, which is levied on profits from trading certain types of goods, such as tobacco, cigarettes, energy drinks, soft drinks, and sweetened beverages.

And finally, value-added taxes, are imposed on the added price of a good or service at each stage of its sale. It entered the Saudi tax system in early 2018 under a joint Gulf agreement at a rate of 5%, then the state decided to raise it to 15% as of July of 2020.

The company’s legal advisor, in cooperation with the chartered accountant, submits periodic tax returns on the company’s income based on the type of tax it is subject to.

It is important to know the dates during which those tax returns related to income or value-added must be submitted, due to the difference in each type of tax in relation to this tax. The income tax return is submitted at the end of each fiscal year, which is often the same date as the end of the state’s fiscal year unless the company decides to choose another date for the end of its own fiscal year.

Workers who have a contractual relationship with the employer to perform work mainly within the Kingdom in return for a wage, whatever the nature, form or duration of this relationship, and whatever the amount or type of the paid wage, are subject to mandatory participation in the social insurance system, and the General Organization for Social Insurance conducts the inspection Fieldwork in all areas related to the application of the system and the regulation, especially ensuring that the registration of all workers with the facility is validated and their real wages.

Hence, it the importance of observing the laws and regulations related to the company’s social insurance system and the workers who have a working relationship with it, and the company’s legal advisor must periodically check the extent to which the contribution paid for the worker is compatible with the wage he receives, as well as making sure that the contributions are paid on the dates set for them in the system In addition to observing the deadlines for submitting insurance forms.

Where a company registration application is required to be submitted within two weeks from the date of completing the terms of submission through electronic services, it is also taken into account to provide the necessary data about workers within the first (15) days of the month following the first month for which contributions are due, and also to submit the notification of any new worker joining or leaving To work within (15) days of the month following the month the worker joined or left the job.

The system imposes a penalty against the employer who does not comply with any of the provisions of this system and its regulations with a fine of no more than (5000 riyals) for violating the social insurance system, and this limit is doubled in the event the employer returns to the same violation, and this fine is multiplied by the number of workers Contributors in respect of whom the employer committed one or more violations.

There are many licenses that the company issues and are in the process of starting its business, and each type of license has specific renewal dates in the system, and there are specific dates for adding data and information that have been changed during the validity of the license and before its expiry date.

Among the licenses that can be mentioned, as an example, are company licensing, trademark licensing, and licenses of specialized bodies for goods or services that the system requires, for example, but not limited to, food products and pharmaceutical products, which must obtain a license from the Saudi Food and Drug Authority before producing This type of product is according to different requirements and varied according to the type of product.

Often, the period specified for renewing the license is relatively long and may reach twenty years for products accompanied by a patent, for example, but there are licenses that must also be renewed annually, or every three years, five years, and so on.

Therefore, the process of licensing follow-up and renewal is one of the most important periodic activities that must be taken into consideration by the company and its legal advisor and attention to maintaining the validity of those licenses granted to it by renewing them on the scheduled dates.

Given the need for companies and commercial activities to be interested in documenting all the transactions, they enter into, whether those transactions are related to work relationships between them and their employees or those related to supplies, sales, allocation, and use of the company’s headquarters or other types of relationships. The company often has many types of contracts that must be kept, respected, and renewed on the dates agreed upon within these contracts.

The process of renewing and following up on contracts that the company enters as a party to, is the most important periodic legal work that must be taken care of and reviewed periodically, to ensure the validity of those contracts and thus the company is not exposed to losing a business or commercial relationship due to non-renewal.

The periodic legal work of the company is considered one of the most important works that the legal department or the legal advisor must take care of, and whatever the size of your legal business, we can assure you that your choice of ALF Law Firm can and will be the best choice for your business. 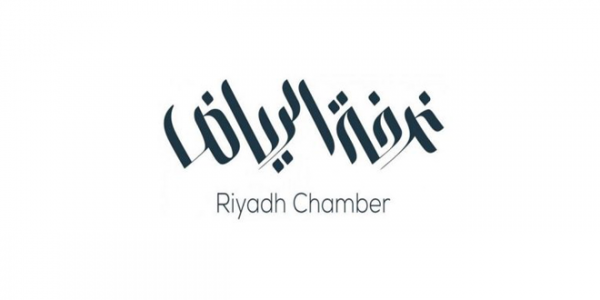